Sega is an action adventure Sonic Frontier , which is scheduled to be released on November 8, 2022, at PS5/PS4/Xbox Series X | S/Xbox One/Nintendo Switch on STEAM. A new trailer has been released. 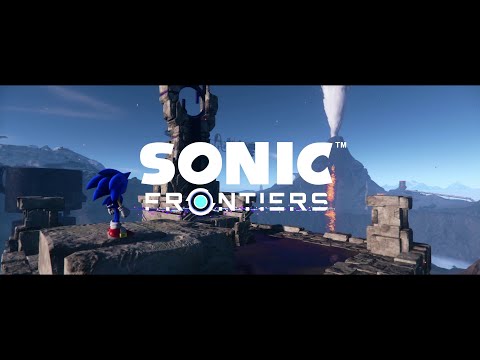 In this video, the name of the Tokyo Game Show, which will be held on September 15, was given to the title, performed Sonic’s battle scene as a background with one OK ROCK’s new song VANDALIZE, which was announced the other day. Finally, with the power of Chaos Emerald, you can transform into a supersonic and see how you challenge the giant god.

In addition to the playable exhibition at the Tokyo Game Show venue, the latest information on Sega works including Sonic Frontier will be distributed on the official broadcast Sega NYU TGS2022 Special from 20:00 on September 16th during the exhibition. 。 In addition, TGS2022 Special! Let’s play a game of Sega / Atlas booth! From 21:00, Sonic Frontier, featuring Tuber’s Suzuki Harass, will be performed.

This work is an evolved stage-clear action game called open zone, composed of world maps that contain various elements such as battle, mystery solving, and cyberspace. The order of the capture of each element is entrusted to the player, and in addition to the super-speed action of the series tradition, it is equipped with an auto combo function that allows you to carry out the linked attack with one button, so that even those who are not good at action can enjoy it. It is said that it is.

Currently, accepting reservations, download and package version of the pre-order benefits, Adventurer Treasure Box, which includes an in-game consumed item that is adventurous, will be distributed, and the package version is the travel magazine. You can also get a booklet Sonic Sound Travel Book that tied up with Japan.

In addition to the package software, a limited edition that comes with Art Book and Coco Maori, as well as Hanging-style tapestry, coco stuffed pouch, postcard book, Magnet art 3 types set DX packs with sticker sheets and DX packs with Acrylic Geolama are also accepted at Sega Store and Amazon.

The download is a regular version, a digital deluxe version with an Investigator Treasure Box, which includes an in-game item set, a digital art book, and a digital mini soundtrack. We are accepting reservations for Microsoft Store/PS Store/Steam.