Minecraft developers mentioned a certain failure in the past event Minecraft Live. He said he would take advantage of his reflection this year. PC Gamer reports.

Minecraft is a popular craft sandbox game. Players explore the world, collect materials, create tools, and expand their actions. This work has been updated from the official release in 2011 to the present, and a wide variety of elements are added. The latest news of this work has been unveiled at the virtual event Minecraft Live, which has been held every year since 2020.

Mojang seems to be reflecting about a certain failure in Minecraft Live. Agnes Larson, the creative director of this work, mentioned the failure. He announced on August 26 on the official live broadcast Minecraft Now: Live Build Session! He also revealed that this year’s Minecraft Live will be announced in the future update. In addition, the studio commented, I am learning from past mistakes.

He continued, saying, If you give a big dream to the user, you must do it. PC Gamer has stated that he suggests failure in Minecraft Live 2020.

For example, Mojang announced the content of updates 1.17 in the 2020 Minecraft Live. It was revealed that the new biome, Deep Dark, and the new Mob, Warden, will be added. However, these elements were not implemented in the initially planned update 1.17 in June 2021. It was about one year postponed from the schedule, and finally appeared in the update 1.19 in June 2022.

In addition, the minecraft Live 2020 announced that archeology elements will appear in the Cave and Cliff update. In a place called the excavation site, it was considered an element to get valuable items using a new item brush. Then, the cave and cliff update was divided into two parts, and the second half was distributed on November 30, 2021. In the second half of the update, the archeology elements announced at the live were not implemented and they were on hold. In this way, the show of the new element was too early.

As mentioned above, some of the new elements announced on the Minecraft Live 2020 were not implemented as scheduled. Some elements, such as archeology elements, have not yet been decided. Larson’s learning from failure also means that it does not announce elements that are not clear. According to him, this year’s announcement at Minecraft Live does not include elements in the early stage of development. Although fine-tuning with feedback is considered, it is said that elements that can be announced with confidence will be announced. 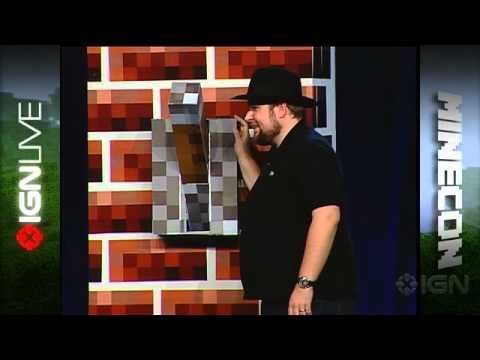 The world of Minecraft, which has been updated for many years. Past failures that have been announced to the update content without the establishment of the development plan will be used in the future. At least, the new elements that will be shown on October 15 at Minecraft Live seem to be postponed.