There are video games that are practically infinite, but still there are ways to finish them. In fact, a while ago we talked about 5 ways to finish League of Legends. Another game that follows that wake is Minecraft. Although it has an end, such as ending the End dragon, the truth is that its Sandbox nature makes it a game with as many options as ideas occur to you.

However, there is a way of ending Minecraft … or rather to reach the end of the game. Of course, it is a literal arrival, since it is about walking from the point of birth to a place where Minecraft runs out of ideas. That is, the objective is to advance to a place where the Mojang game land creation system no longer works. We present the Far Lands **.

What is the Noise generator?

It is time to start with the basics. Minecraft, as randomly generated world, has its own engine that creates the surrounding terrain to our spawn, as well as the new chunks that we discover when we walk, run, navigate or even fly. This is what can make each world feel unique from the _Bedrock to the combination of more strange biomes you find.

The explanation is extremely technical but, in essence, is an algorithm capable of generating different textures with elements of the same size . In the case of Minecraft they would be the blocks. Through a series of limitations, it is possible to confer a certain factor of realism to the algorithm, which creates different worlds, but at the same time governed by the same rules and probabilities.

This algorithm is quite refined in Minecraft, especially thanks to the improvements they have been introduced in the last decade. But, like everything in life, it has a fracture point. If you force too much, it is possible that the noise generator ends up doing strange things . From creating land that no longer make sense… to worse things.

The Far Lands: From legend to viral challenge

For a while, players assumed that Minecraft was infinite; Nothing could be further from the truth. After walking 12,550,821 blocks in one direction from the point of birth, the game begins to do very rare things . The character moves to jump between the edges of the blocks, the terrain ceases to make sense and the aerial, or sponge shape, become very common.

To start, it must be said that there are several types of Far Lands : They are called edge when break the game on an axis, Corner when you do it in two and * VERTEX * When you do in all three. The errors found are different, but in essence they derive from the same; An algorithm error that is no longer able to generate ground with some physical sense.

As in the real world, explorers are needed to try to find the limits of the known world. There were many youtubers and streamers who dedicated months of their life to seeking these magical land by conventional means, that is, without taking advantage of the additional command console or bugs.

One of the first was Kurt Mac , which began his adventure in March 2011 and was documenting it in YouTube videos. Since the task is titanic, videos can well be taken as podcasts, since it takes advantage of the time to talk about almost anything. He is taking him so long, that he has not yet reached the area. 11 years walking and has not yet arrived.

There are players like Killocrazyman , who did and also documented him on his YouTube channel. It can be seen that world generation has become completely crazy, and that it is a phenomenon as striking as laborious for those who seek it. Fix that powerful is this story of the Far Lands, that Steve’s story mode in Super Smash Bros. Ultimate is calledJourney to the Far Lands _.

Sadly, ** Right now it is not possible with a patch before that, either through the use of Mods and Addons.

far beyond the Far Lands

However, that has not caused new adventurers to appear to the Far Lands. The last one ismy mystical Midget *, a streamer who has made the most difficult. It is no longer that he arrived at the Far Lands and met his strange land formation, is that he set out to reach the point where Minecraft directly went crazy.

If the FAR Lands were at 12,550,821 blocks, Midget reached 32 million . A 2500-hour adventure since January 31, 2021, which ended the way you can see in the upper video. Yes, Minecraft directly stopped generating ground, and the player fell to a void similar to the one below the Bedrock. Not even his efforts to eat bread and stay alive until seeing what else could he avoid the death of his character. 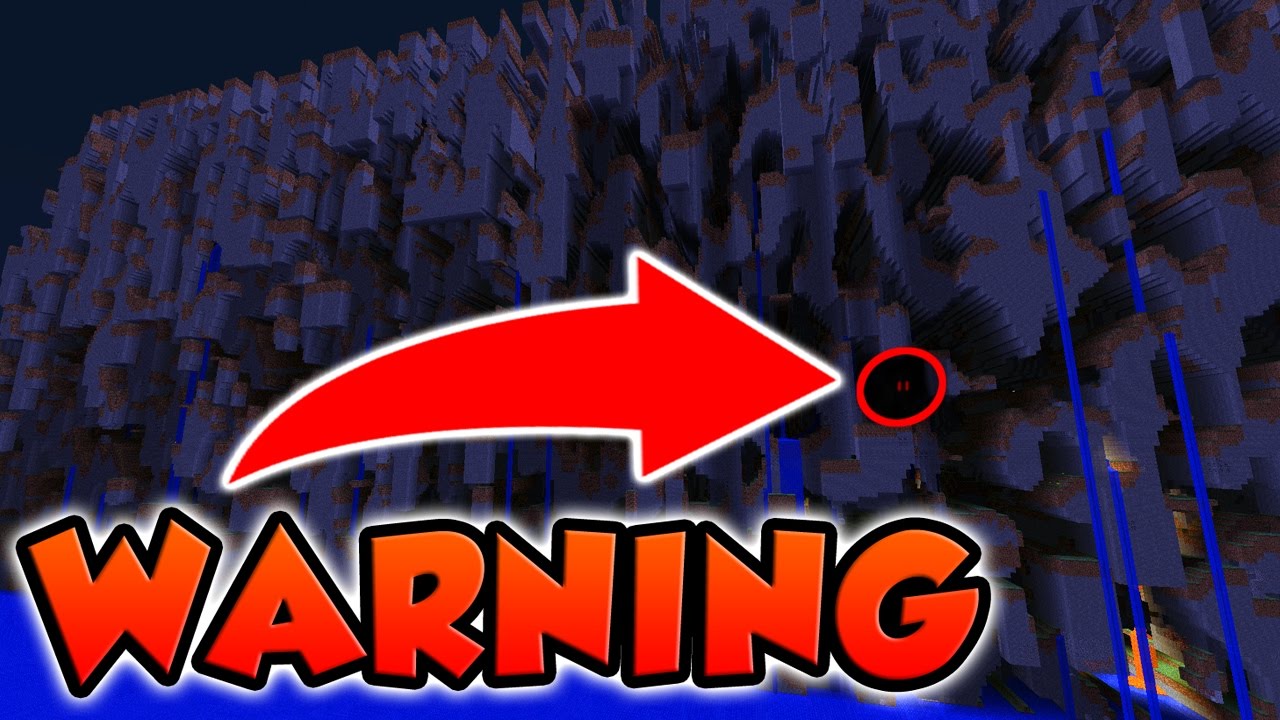 So Minecraft’s end is precisely that, a fall to infinity after 32 million blocks that demonstrates that the game is the fantasy of every embankment.