Valve is a mobile gaming PC hardware Steam Deck that has been reserved in Asia. Some people have already made a reservation, while others may be worried about making a reservation. And the biggest interest is, Is this game really played with Steam Deck?

Therefore, in this article, I would like to actually play and review the latest works sold on Steam as a serialization project. The second title is MARVEL’S SPIDER-MAN REMASTERED. It is noteworthy that this work, which is a high quality 3D work, works without any problems with Steam Deck.

What is MARVEL’S SPIDER-MAN REMASTERED? 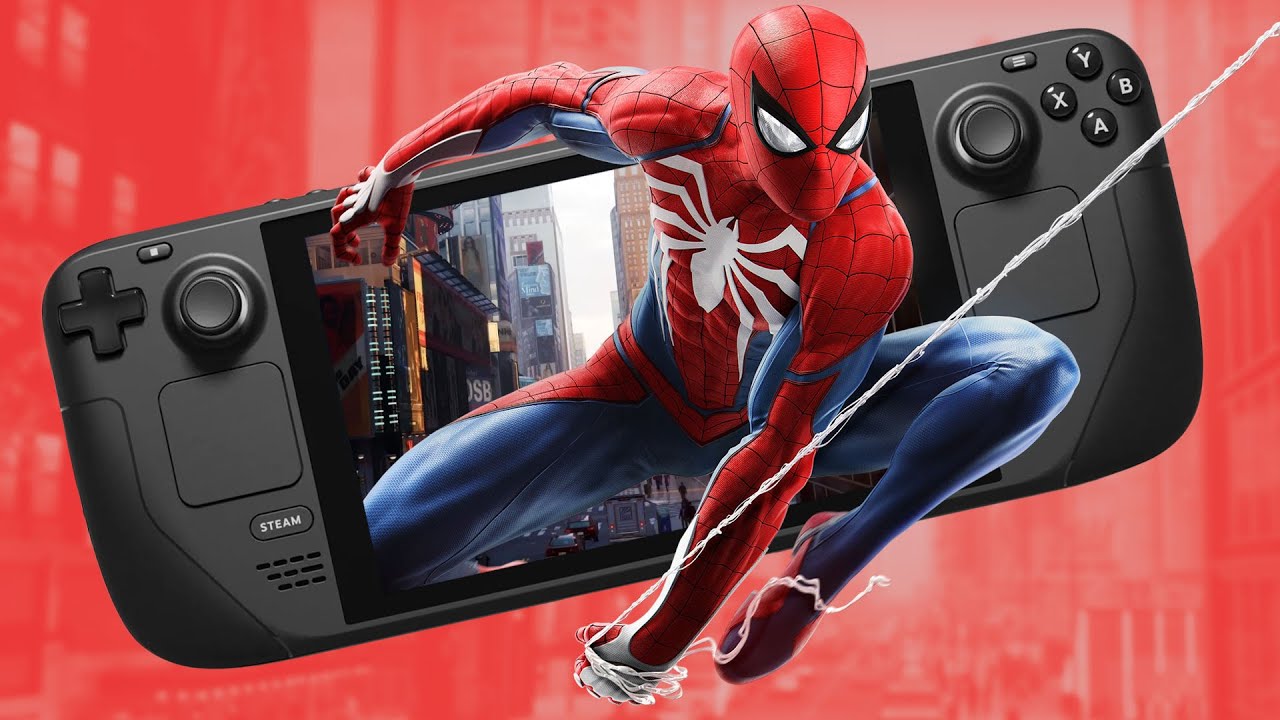 This work is a work that was released on PS4 in 2018, reconstructed the PS5 version, enclosed all additional elements, and tune it further for PCs. The player operates the Spider-Man Peter Parker, runs through the Marvel world New York endlessly, confronting crime and huge conspiracy. The game is an open world game where you can freely run around the fictitious New York, such as the pleasure of flying around buildings and buildings instead of wires, and fighting parts that make use of superhuman physical abilities. Finished game with a feeling. In the PS4 version, it is a masterpiece that has won numerous awards.

3D Open World is what! But the battery…

First, go to the scene where you actually operate the Spider-Man after setting various difficulty levels and OP movies. What I was very interested in here was the beauty of the movie. Although it is inferior to PS5 and high-spec PCs, the performance of the PS4 level is sufficient. FPS is about 60 stable, so you don’t feel uncomfortable with the operation.

Another major plus point is that you can hear powerful music and SE without earphones. The exhilaration that could be easily immerged in the Marvel world with Spider-Man was more than enough on Steam Deck. The load time does not interpose, so the tempo is not impaired.

On the other hand, there are some negative points. This work is relatively difficult, especially a game that overuses the LR button. The problem here is the Steam Deck’s LR button, and if you push it in or hit repeatedly because it is somewhat hard, your finger may be tired.

In addition, the biggest problem is the battery. With the default setting, it consumes about 65%in one hour. The fever of the body is never stupid.

Furthermore, in the battery operation, the processing speed decreased in scenes where many enemies appear, so it would be best to take power and play. I didn’t know the specific mechanism, but if I was playing this work with the power, the screen did not occur in the same scene, so the battery battery was reduced. Steam Deck may greatly reduce the processing power.

The charm of becoming a spider-man in the city

That’s why there is a considerable limit to playing this work without a battery. Playing for one hour will definitely run out of battery. That said, it’s just right to play in a little gap time, or it’s very useful for those who play little by little while doing something in the house. There is no problem in the movement of the game, so why not install your Marvel world in Steam Deck when you get Steam Deck?