‘Nix 2022’ is an online indie game festival that is designed to support the promotion of indie game companies. You can experience a variety of genres and original indie games through the online event page, and at the same time check the latest game videos. The event was co-hosted by Neowiz, Gyeonggi Content Agency, and Seoul Industry Promotion Agency, and Indietory as a sponsor.

Indie game developers who wish to participate in non-Iks must accept online on the official reception page by July 5th. Anyone or foreign developers or developers aged 14 or older who develop indie games can be accepted regardless of the platform. There is no separate participation cost, and the application process is more simplified than last year, so anyone can easily challenge.

Just a week before the deadline, I was able to meet the PM team leader of Chungnamju PM and Kim Won-mo, who is currently struggling to hold non-Iks in Neowiz. Chung Nam-joo, the head of the team, expressed his ambition to grow NIEX, which has been in the third year, as a global event. We have confirmed through interviews with what they are currently preparing to grow non-Iks as a global event that indie fans around the world are paying attention to.

Q. The Indie Game Show (BIGS, Bigs) event will be in the third round this year. There may be some people who have never heard of what events are, so please introduce the event simply.

-Ims is an online game show that was first tried in 2020 to help you a little bit of indie games that are having difficulty in public relations in the corona situation. Various institutions and companies have helped them together to become an annual event. The Indie Game Show is free of charge as before, and anyone can apply for participation. In particular, since 2021, the Negs Awards, which selected excellent games among participating works, has been held. As it is an attempt and festival for indie game fans and developers, it is good to have a lot of people participating together. 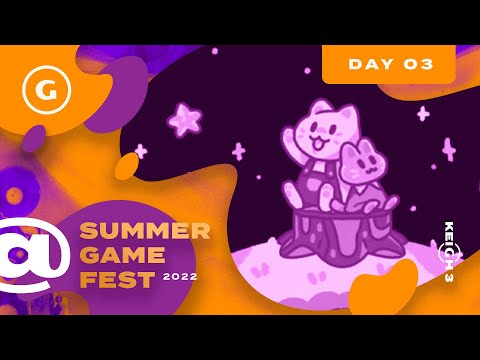 Q. I am curious about the performance of the 2021 event. What works were exhibited at the event, and what did you achieve?

In -2021, so many game companies participated in non-Iks. More than 150 indie games were exhibited, including Sparky Studio’s three cards and two months of studio, Lafin. About 30,000 people visited during the event, and it was a meaningful event to introduce indie games to many people. Indie developers are trying to be an opportunity to inform the game, and to be an event to meet new games for gamers.

Q. I wonder what benefits are offered to indie developers who participated in the non-Iks event. Is there any additional support except that you can get a space to display the game for free?

In -2020, we focused on displaying the game and showing the game to visitors. From 2021, in 2021, the game exhibition and the various awards and awards prepared with the co-host and sponsors to help developers directly. We also offer prizes and spot products. This year, 12 developers will receive a total of 16 million won of prize money, MacBook Pro and iPad Pro.

** Q. Prize support is also nice, but for indie developers, it would be helpful to support the official launch. Did Neowiz supported the launch of the indie game by publishing or matching?

-Inks is an event designed to help you a little bit for indie games that are having difficulty in public relations. We are focusing on informing the participants, so we do not focus on publishing contracts or matching with our company.

However, it is not yet specifically confirmed, but as the Corona defense measures are alleviated, we are planning an event that can proceed with networking between developers this year. In addition, there are a lot of contacts of indie game development people who need our help. Please feel free to contact us at any time.

Q. I think it will be an important opportunity for indie developers. I am curious about the procedure for the application and the exhibition process. Can all the works received through non-Iks?

-The indie game received is confirmed as a participant according to the screening criteria.. In addition, games with problems such as sensationality and meandering, or game materials that have different expressions of gender, race, age, etc., are limited. More details can be found on the participation page.

Q. At the ‘NIEX Awards’, you will be selected for the best work. At this time, I am curious about the criteria for selecting excellent games. Can gamers directly involved in the selection process?

-Bimix Awards is divided into ‘release’ category and ‘unlimited start’ category. During the Indie Game Show event, visitors can vote for fun or expected games directly. The selection criteria are different for each category.

Q. The recruitment period is about a week left. How many indie games are expected to participate in the event this year? I also wonder what will be introduced as a work of overseas developers.

-I hope that as many developers will participate. Overseas developers are still applying for applications, but famous games will also be exhibited. We will be on the announcement before the event, so please look forward to it.

-In a direct foot to promote non-Iks to overseas indie game developers. I am contacting the developers. Thank you for the situation that many developers showed interest. This year’s indie game show is a game show for domestic gamers. In the future, we are considering multilingual support so that global gamers can enjoy.

Q. It is already the third exhibition, so there are a lot of improvement through feedback at the existing event. Please introduce what part is new and what you think it is necessary to supplement more.

-Soon so far, Nonix has been limited to domestic targets, but we have invited overseas developers to become a global event. This is the biggest difference.

In addition, there were a lot of feedback that the nonks so far are only online, so it is difficult to receive direct feedback from gamers like the offline game show. We also sympathized with this. Since Corona has been stabilized a lot, we are planning to provide an offline network and provide direct feedback opportunities. In addition, there are many ideas about many improvements, but some have not been realistically proceeded.

We have taken our first step to be held as a global event as well as in Korea, and we ask for our interests and support, and we will ask developers to participate in the game show, which will be more helpful every year.

** Q. Nonix is an event for indie developers and is also for gamers who love indie games at the same time. Please introduce if there is a way to enjoy the non-Iks von event, which will be held from August 11th.

-As the name of the event, it is a game show that you can enjoy comfortably in the corner of the room, so please visit the game video with new information on the event page and proceed with the demo experience. You can enjoy demo experience and go to visitors voting for fun or expected games. This vote is a voting that is connected to the non-average award, so you can feel the fun of drawing out the best work by my own hands.

Q. What is the point that indie developers and users will pay attention to this year’s event?

-In a simple form to avoid the burden on developers, we are receiving participation in a simple form. This year, there are various awards, including the Seoul Mayor Award, so I hope many developers will support it. In addition, I feel every year, but I find that there are so many indie games and a lot of complete games. I hope gamers also participate in the event and see a lot of new games.

** Q. In order to become a major event with an influential event in the indie game scene, I am curious about how to operate in the future.

-In this year, you can display overseas games