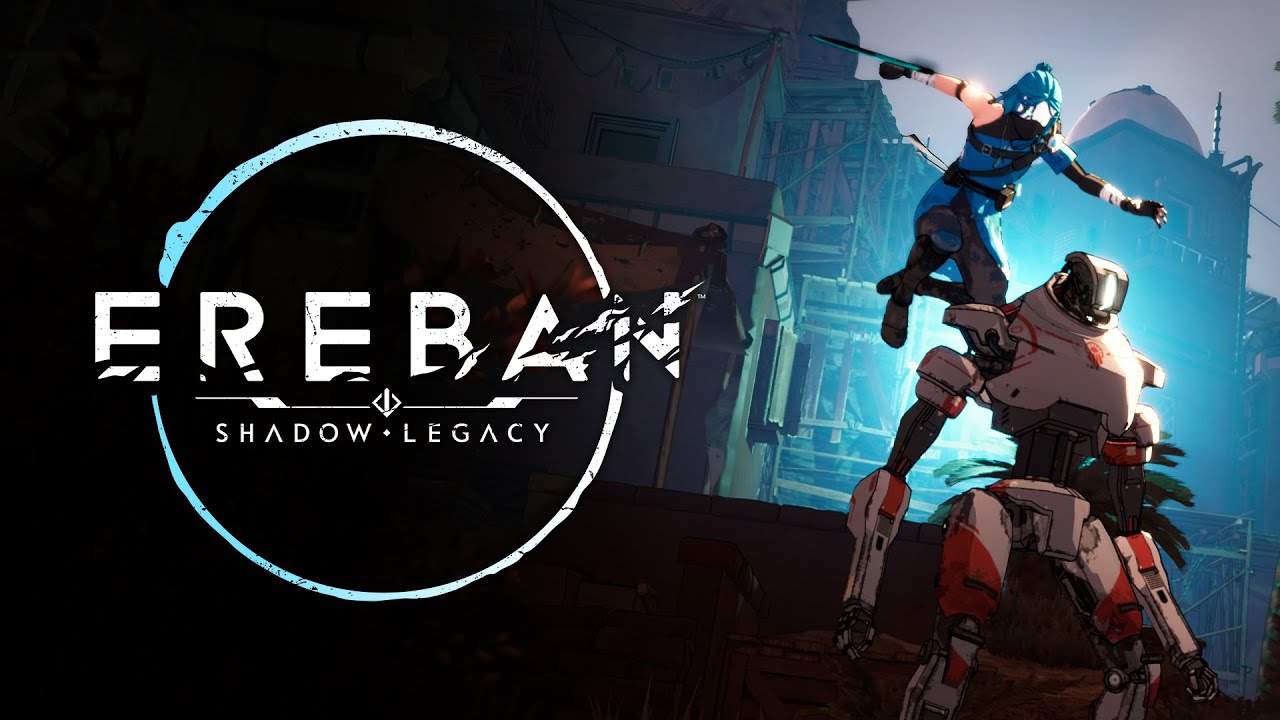 Publisher Raw Fury announced on June 13 the stealth action game EREBAN: Shadow Legacy by Baby Robot Games. The compatible platform is PC (Steam/Microsoft Store)/Xbox One/Xbox Series X | S, which will be distributed in 2023. It is also provided for Xbox/PC GAME PASS from the distribution date.

EREBAN: Shadow Legacy is a story-led stealth action game. The protagonist is Ayana, a descendant of the clan. It is said that the world of this work is losing order and is heading for ruin. Ayana pursues the mystery hidden by the giant energy company Helios, who proclaims the energy crisis in search of the key to saving the world.

In this work, the player became Ayana and infiltrated the area dominated by Helios. Explore the information that the enemy camp is hiding. The stage is an environment in which the old townscape and archeological sites are fused with a futuristic structure, and a robot that seems to be a Helios soldier wanders. While proceeding with the enemy in stealth play, it is up to the player to proceed while fighting and defeating.

Ayana has the special abilities of shadow merge that can hide in the shadows. He can move in the shadow as it is, for example, runs up the wall, and moves to a high altitude that can not usually reach. In the published gameplay video, there are scenes such as lurking in the shadows of the moving objects and the movement shadow reflected on the wall. In that way, you will be able to pass the enemy or do a surprise attack.

Ayana is also able to handle high-tech gets. In the trailer, you can check the scene where the surrounding area is scanned and the enemy’s position is visualized. This ability may be due to high-tech gadgets. In this work, by acquiring what is called echo, it seems that you can learn the power of new shadows, and you will be able to craft high-tech gadgets.

EREBAN: Shadow Legacy will be distributed in 2023 to PC (Steam/Microsoft Store)/Xbox One/Xbox Series X | S. It is also provided for Xbox/PC GAME PASS from the distribution date.