Domestic developer Burnsoucou (board armor) announced the fighting game “ Mofumofu Front ” on May 22. The compatible platform is Nintendo Switch, which is scheduled to be distributed in May this year. It was announced in the indie game information program “Indie Live EXPO 2022” broadcast on the same day.

“Mofumofu Front” is a 2D fighting game in which the characters of the kemono fight. In the published video, seven anthropomorphic bodies appear. All of them stand in the troops, and each of them has their own individuality. Some are delicate, some seem to be strong, and some seem to have weapons as well as fighting with bare hands. 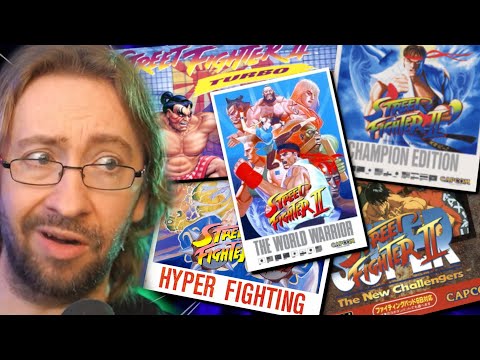 In the video of the competition, the character of ZIG and Mappo is fighting. Mainly a ZIG attack is projected, and after jumping and hitting the kick, a combo explodes to the lower kick like a break dance windmill, and a special technique in the style of Shoryu fist. It seems that the lower kick is canceled on the way and connected to the special move, and when the bonus point is added, the notation can be confirmed. At the same time as the activation of the Special Move, the word “beast” emerged, and the gauge at the bottom of the screen is reduced by one square. The special move may be a gauge system.

In the latter half of the video, Mappo confronts each other. You can check the different colors of the same character. In the opposite scene mentioned above, he fought on a stage like a battlefield, but this is only a simple wall behind it. It seems to be a training mode because the operation entered at the bottom of the screen is displayed.

This work was first shown in the indie game information program “INDIE LIVE EXPO 2022” mentioned earlier. Appeared in the “Indie Waves” corner, which introduces a huge number of works in about 10 seconds per title. Despite the slight introduction time, the quality of the cute chimono characters drawn with elaborate dot pictures and the full -fledged fighting gameplay video seemed to attract viewers, and in the comment section of YouTube, “Mofumofu”. Comments such as “Kemonor delight” flew.

The viewer’s interest in this work was also posted on SNS. However, the confusion was spreading here. This is because it is said to be distributed to Nintendo Switch in May, with no remaining 10 days left, but no information on this work is found on the Internet. Although there is the official website of Burnsoucou’s Burnsoucou (registered as the Indie Live EXPO Executive Committee), it has not been established, and there is nothing about this work.

Under such circumstances, Burnsoucou’s official Twitter account tweeted. “It’s time to play the game I made,” “I’m filled with emotions that I can’t say anymore.” I’m making a comment that seems to be feeling. On the other hand, he said, “I seem to be very suspicious.” It seems to be there.

At the moment, the details of this work and the career of the developer are unknown. Of course, it is quite possible that the studio that suddenly appears will release a game in a surprise. Looking at the reaction on SNS, it seems that the mysterious being, rather than being suspicious of the developer, has become an interest. In addition, the information reported in this program was registered by April 8 this year. Perhaps this work may have been delayed due to the postponement.

“Mofumofu Front” will be distributed in May for Nintendo Switch. In our magazine, we have contacted the developer about the details of this work, and I would like to tell you if you have any answers.