Kid Cudi has launched his new song, Stars in the Sky, which serves as a musical theme for Sonic the hedgehog 2. Paramount is putting a lot behind this movie, which is not a big surprise after the incredible success of the first film. The new film has received several fun promotions, all kinds of toys and much more. The study is clearly trying to maximize your efforts as best as possible to ensure that Sonic becomes even more conventional than it is already and it seems that it is working. The acclaimed rapper Kid Cudi recently made fun of a new song that he had produced for Sonic the hedgehog 2 and now, finally is here. 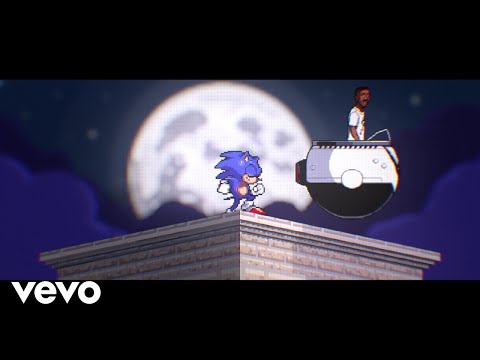 Kid Cudi has launched Stars in the Sky, a new song inspired by Sonic the hedgehog 2. The song is available on several transmission platforms now and a music video is available on YouTube. The video shows Cudi making team with Sonic to defeat Dr. Robotnik by Jim Carey. It combines images of the next film, but also funny pixelated side scrolling pieces that are clear tributes to the original games. Surprisingly, the song is also a success and fits well with the heart of sonic the hedgehog 2.

Critics have praised the film for their performance, respect for the original material and their heart and humor. Approximately two weeks are still missing for the movie, but the enthusiasm for the film is palpable. Paramount has already given green light Sonic the 3 __ hedgehog along with a new derivative program focused on Knuckles, which seems to indicate that the study has an immense confidence in the new film. The first film was a big surprise, since video game adaptations tend to be mixed and there was controversy about the Sonic design before the launch of the film. However, it became a giant movie at the box office and continued its momentum in home videos after the cinemas temporarily closed in March 2020.

Will you be watching sonic the hedgehog 2? Let me know in the comments below or contact me on Twitter @Cade_ONDER.