Pokémon Journeys is promoting his next wave of new episodes with a new promotion! The most recent iteration of the anime has evolved at a very different pace that of the Vista series in the past, since both Ash and Goh now face some of his opponents and strongest challenges so far. With this series recently crossing its 100 episode milestone, the anime is preparing to further increase bets for the main duo with a series of even greater obstacles than overcome. Now fans have a new idea of ​​what to expect in the coming weeks while it is transmitted in Japan. 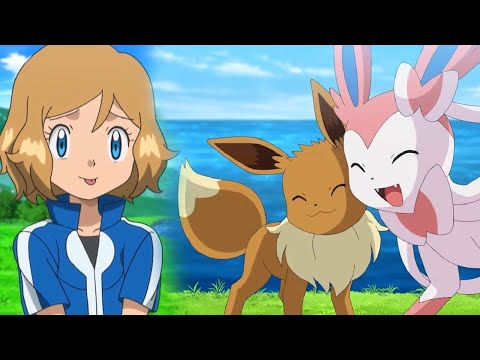 The official Twitter account behind the Anime Pokémon franchise has launched a new special trailer that promotes the next weeks of the episodes of Pokémon Journeys. This not only includes images of the most recent episode that presented a complete battle with the legendary artist bird, but images that show the special episodes of the 25th anniversary along with some other suggestions for some future episodes (including a look at the next character that returns ). It is a good look at how much the series is increasing at this time, and you can check it for yourself below:

Pokemon Journeys will soon return for a special one hour event that celebrates the anime’s 25th anniversary. These two episodes will give Ash the task of returning to Kalos for the next fight in the world series of coronation, and he will meet with some old colleagues to train better for the occasion. Premiered on April 1 in Japan, episode 103 of viajes Pokémon is titled “Ash and Clemont! Great friendship training! » And it is officially described as such, “Located in the Kalos region, Lumiose City will be the next match headquarters for the [‘World Coronation Series’]. Before the game, Ash and [Goh] visit the Clemont Gym Leader and the sister of Him Bonnie, who once traveled with Ash. Ash receives a special Clement training in the form of a Pokémon battle, but something seems to be wrong with Sirfetch’d?! And DracoVish is curious about Sirfetch’D… »

What do you think? What do you expect to see from the next ola of episodes of Pokémon Journeys? What do you expect to see in the coming weeks? What kind of battles would like to see Ash face below while ascending in the ranks of the World Series of Coronation? Let us know all the thoughts of him about it in the comments! You can even communicate with me directly about all animated things and other great things. @Valdezology on Twitter!