Sonic is undoubtedly one of the most recognized characters within the _gaming industry, for which it certainly took us by surprise to learn that the blue hedgehog had decided to steal a bank at Florida, United States . Well, he was actually a subject disguised as Sonic who made the attack, but it is still just as bizarre.

The past February 2, Local Police of Florida responded to an emergency call by the Florida Credit Union , this because of an armed subject with a hammer and carrying a Sonic mask began to demand money to employees. According to people within the bank, the subject in question used the hammer to hit the glasses that separate the executive’s customer, all while he demanded money.

One of the bank’s employees faced the delinquent to stop hitting the glasses with the hammer, and once the police arrived at the place, the subject escaped on foot. Brian Leatherman, Vice Deputy President of Branch Operations, reported that nobody left wounded during the theft and the thief could not steal anything. 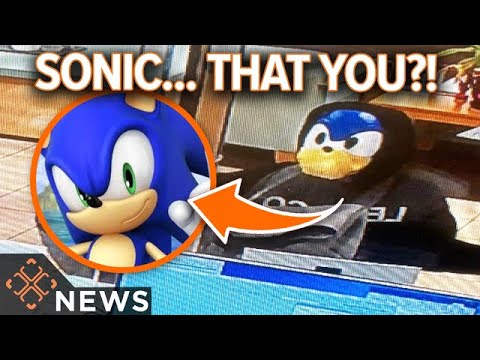 “Everyone is safe, nobody took nothing, and the local police is already working in the case.”

The authorities traveled the area looking for the fugitive, but they could not find anything about it and there was no arrest. The police of Florida continues to investigate the situation and ask citizens to report any clue that they could have about the suspect. Maybe Sega wants to sell us this strange moment as an NFT?

Editor’s note: Fortunately no one came wounded, and the idea of ​​stealing a bank using only a hammer with a sonic mask does not sound like the most viable out there. Hopefully this type of situations will not be repeated again, and it will be better that Sonic stays in the video games where he belongs.